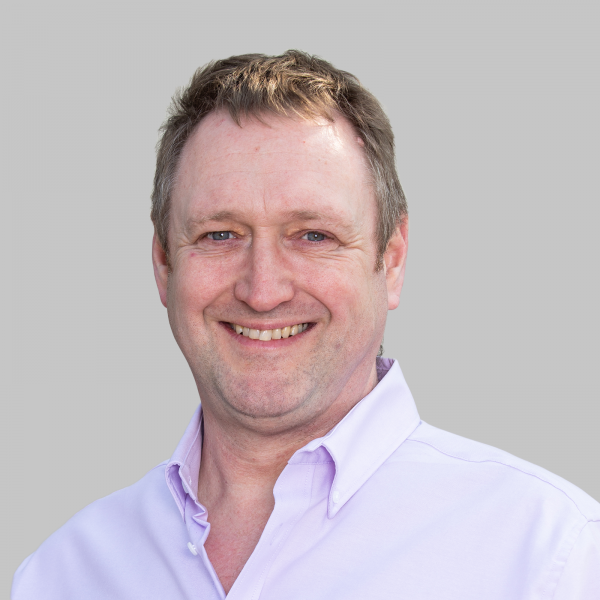 The HMRC R&D Tax Credits Statistics have been published for September 2021 and it looks like there is good news regarding the uptake of the two HMRC R&D tax reliefs (SME & RDEC) for the period ending March 2020. 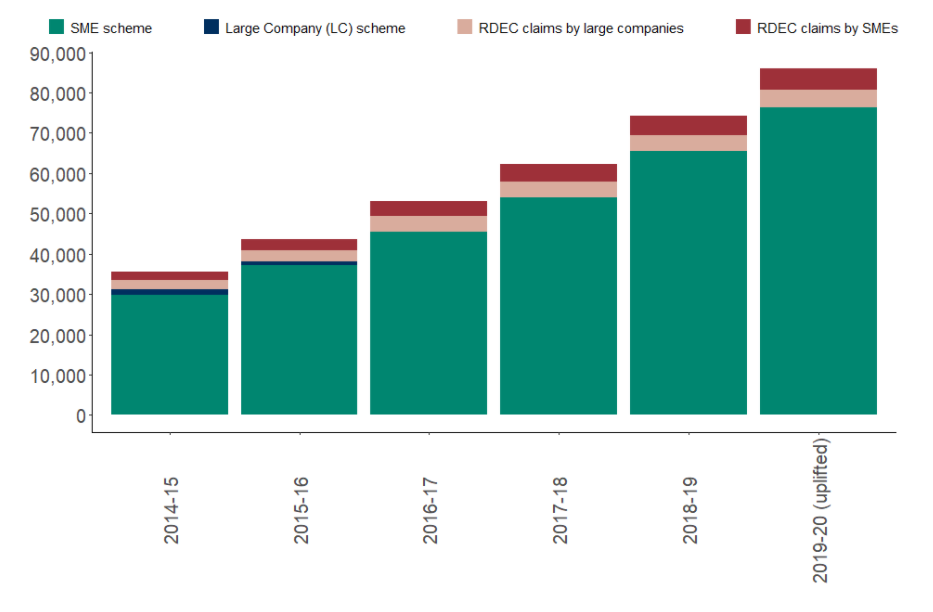 *These figures will be updated as claims can still be submitted for these periods.

This is great news with more companies claiming even more money from HMRC to support their R&D.

Claims continue to be focused around the London and South East areas, representing 35% of companies and 49% of the total claimed in March 2020.

Information and Communication, Manufacturing, and Professional, Scientific and Technical sectors continued to have the greatest volume of claims, making up 64% of claims and 69% of the total amount claimed for the year ending March 2020.

This is helping to support the UK’s ambition to achieve R&D expenditure of 2.4% of GDP by 2027, from a current level of 1.7%. More companies are claiming every year, supporting them to invest in R&D and to grow, creating some of those high value jobs our Prime Minister wants to support.

There are a number of areas that pose a risk to Government, HMRC, R&D tax credit consultancies and companies claiming this lucrative support.

What’s the risk to Government in the HMRC R&D Tax Credits Statistics?

The scheme has been growing by companies claiming and value claimed by a consistent approximately 15% for a number of years, from £3bn in 2014/15 to the current £7.4bn for 2019/20.  This will come under scrutiny to ensure that this offers value for money to the public purse.

The ONS (Office of National Statistics) own data shows R&D spend at around £25.9bn, but the company spend to support £7.4bn claimed is £47.5bn.  That is a big difference and the way the data is gathered by the ONS is significantly different, making it difficult to compare.  There is a significant difference here that needs to be understood.

What’s the risk to HMRC?

HMRC have a scheme that continues to grow and should be hailed as a success story, but there are a number of factors that need to be considered.

In the summer of 2021 HMRC completed a consultation on the two R&D tax reliefs, SME and RDEC.  This was to review the total schemes, effectiveness, operation and global competitiveness.  The outcome of this is eagerly awaited, but could radically change the schemes design, or even combine them into a single scheme. It is unlikely the scheme will disappear, as it is recognised as a valuable support for companies that helps to drive R&D in the UK.

HMRC are focusing on fraud within their own handling of claims and due diligence with increased levels of compliance checks and enquiries on claims. As well as imposing new rules effective from April 2021 that limits claims with low employee numbers and high connected sub-contractors costs. 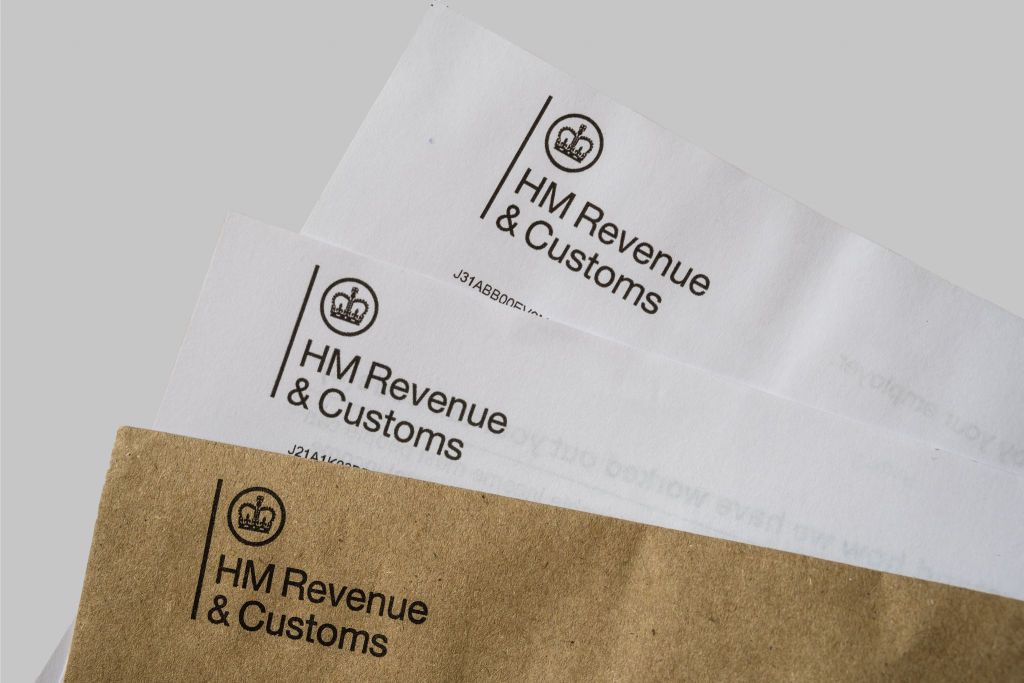 What’s the risk to claimant companies in the HMRC R&D Tax Credits Statistics?

TBAT Innovation have seen a ten fold increase in R&D claims being scrutinized by HMRC, which poses a heavy burden on the claimant company, the R&D tax credits provider and HMRC.  These can take months to resolve, but HMRC are really trying to counter the fraudulent claims that are being put through the schemes.  We hear stories of electricians and plumbers making claims because they can and get away with it, for the moment!  Once HMRC find a fraudulent claim (little or no genuine R&D), then not only can they refuse to pay, they can impose penalties and open up previous R&D claims going back a number of years.

There have been some legal changes already.  Since 10th January 2020 it has been an EU requirement that any firm providing any form of tax advise must carry out Anti-Money Laundering checks on their clients before proceeding.  How many are doing so? If providers and boutique consultancies fail to carry these out or do so incorrectly penalties can be imposed by HMRC or even force the business to cease trading.  In 2019 and 2020 penalties of £9.1m were imposed and 89 non-compliant businesses and individuals were stopped from trading.

As mentioned previously the burden of supporting claimant companies through a compliance check or enquiry can be quite heavy. At TBAT Innovation we have seen companies claiming £10,000 to £260,000 receive letters from HMRC, so not just focusing on bigger claims.

There are many boutique R&D claimant companies popping up to cash in on this high claim value, “cold calling ambulance chasers” as one of our accountant partners call them, and many following two cost models:

The problem with the former is they don’t need to charge that amount of money to put your claim together and they are taking too much of your money.  The former gives claimants the chance to keep more of their money, but how much genuine support is the provider going to give you to maximise a legitimate claim or if HMRC ask a question?

To professionalize the sector HMRC are working with a number of accountancy bodies to introduce an extension of the existing PCRT (Professional Conduct in Relation to Taxation), which applies to predominantly accountants, to the R&D tax credits sector.  This is welcomed by TBAT Innovation, which will set out standards and principles that R&D tax credit providers should follow, but how much teeth will this have? Who will police this and what are the consequences of breaches of the code?

Finish on a High

There are risks to all, but the SME and RDEC schemes provide some genuine support for companies that want to innovate in the UK, making the UK an attractive place to carry out their R&D. HMRC want the scheme to succeed and with high integrity, hence the scrutinization of claims and the schemes themselves through the consultation.

At TBAT Innovation we make part of our living from supporting those great companies doing some wonderful and interesting R&D.  TBAT also support Grant Funding, Capital Allowances, Video Games Tax Relief, SEIS / EIS Support and Patent Box, so being a broad spectrum consultancy and as I call them, not being a one trick pony R&D tax credit provider. We see the value that these R&D tax credit reliefs, grants and investments provide to our client companies that are developing solutions that will in many cases change the world or change lives.

HMRC’s consultation on the scheme’s should provide a way forward for the R&D tax credits scheme, or schemes, to offer valuable £billions of financial support to genuine R&D companies in a robust, pragmatic and honest fashion, in a way that reduces the risks for all.